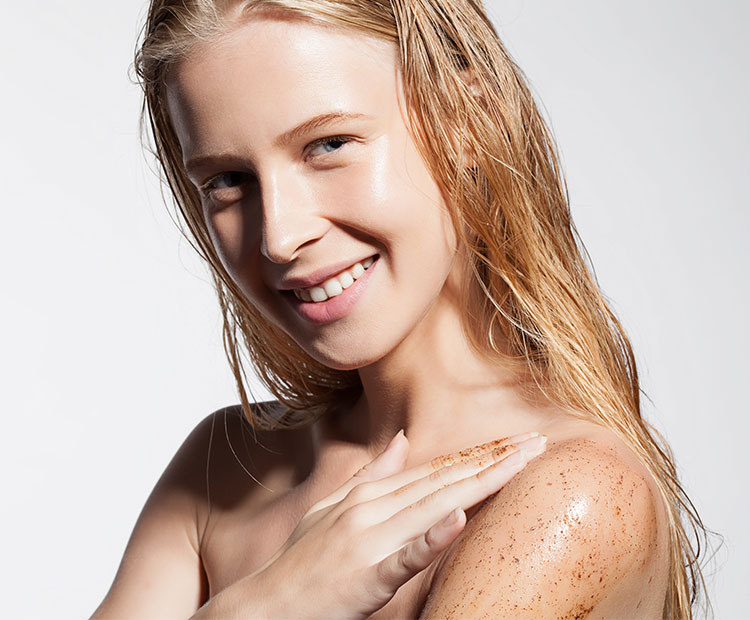 After years of caffeine-shaming, it’s no surprise that a trip to your local coffee shop can bring about massive feelings of guilt. But recent studies suggest that the stimulant isn’t all bad. On the contrary, caffeine might even benefit your body and your skin, whether you drink it with cream and sugar or apply it topically to your skin. Still, we’re a bit hesitant, so we asked some experts to weigh in on these claims.

1. The Claim: Drinking Coffee Can Ward Off Skin Cancer

The Facts: A January 2015 study published in the JNCI: Journal of the National Cancer Institute found that those who consumed four cups of coffee or more per day had a 20-percent lower risk for developing malignant melanoma than those who drank less coffee. During the study, Erikka Loftfield, M.P.H., a fellow at the National Cancer Institute Division of Cancer Epidemiology and Genetics, followed more than 400,000 adults ages 50 to 71 years for an average of 10 years. Participants were asked to report typical coffee intake. “During the course of follow-up, nearly 3,000 cases of malignant melanoma occurred,” she shares. “Given the large size of our cohort and large number of melanoma cases, we had good statistical power to find that higher coffee drinking was associated with lower risk of melanoma.” According to Loftfield’s findings, the decreased risk appears to exist with caffeinated coffee consumption. “Since the majority of coffee drinkers in our study primarily drank caffeinated coffee, we had better statistical power to detect an association for caffeinated than for decaffeinated coffee drinking.”

While this is obviously good news for coffee addicts, Loftfield notes that further study is still required to determine an official link. And whether or not the potent antioxidant properties of caffeine are enough to ward off cancer-causing UV rays, nothing beats avoiding the sun at peak hours and applying broad-spectrum sunscreen every two hours.

2. The Claim: Caffeine Can Reduce Cellulite

The Facts: Ever since beauty editors suggested that exfoliating with fresh coffee grounds could reduce the appearance of cellulite, topical caffeine skin care products have soared in popularity. According to them, topical applications of caffeine can temporarily constrict blood vessels, giving skin a firmer appearance.

But some experts believe these results are temporary if present at all. “Caffeine as a topical ingredient isn’t bad for your skin, but there is no clinical proof of its effectiveness when it comes to improving the look of cellulite or stretch marks,” shares Dr. Ronald L. Moy, leading Los Angeles cosmetic and plastic surgeon and former president of the American Academy of Dermatology. “We have a better chance of reducing the appearance of cellulite or even the signs of acne when we stimulate stem cells, and there’s scientific evidence to support that,” he explains.

However, some scientific literature suggests that caffeine prevents excessive accumulation of fat in cells. It also stimulates the degradation of fats during lipolysis through inhibition of the phosphodiesterase activity. One study tested the efficacy of a slimming cream containing 3.5% water-soluble caffeine for the treatment of cellulite. The study showed significant improvements in the thigh and upper-arm area at week six. Long-term effects of the cream were not evaluated.

3. The Claim: Caffeine Can Smooth Out Wrinkles

The Facts: Sadly, multiple cups of coffee or tea throughout the day won’t reduce the appearance of wrinkles. “There is no evidence that drinking caffeinated beverages can improve your skin or counter the signs of aging,” shares Jennifer Krohn, a Los Angeles-based registered dietitian.

But according to New York-based dermatologist and dermatologic surgeon Dr. Kavita Mariwalla, you might have better luck with caffeine in skin care products—at least when it comes to preventing the initial onset of wrinkles. “Caffeine is a strong antioxidant,” she shares. “This is good because it helps protect the skin against damage from UV radiation and slows down the process of aging caused by sun exposure.” While it’s unlikely that these products will smooth existing fine lines, they may provide a helpful ounce of prevention.

4. The Claim: Caffeine Can Help You Lose Weight and Flush Out Toxins

The Facts: Yes, caffeine is a known diuretic that can send your bladder into overdrive, but it doesn’t promote the release of toxins. “You won’t really flush out toxins. Our kidneys and livers are good at doing that, but no real food or beverage really acts in that way,” notes Krohn. It is true that you may shed some water weight when consuming caffeinated beverages or supplements, but Krohn says the effect is minimal. “Diuretics will cause some loss of water weight, as is their nature, but the extent you lose from caffeine alone is pretty insignificant.”

In terms of losing weight, there is some evidence that caffeine can boost the metabolic rate, increase fat burning and improve athletic performance. Another study suggests that caffeine can help blunt appetite and help you eat less following caffeine consumption. However, if you’re a long-term coffee or tea drinker, you may not see the same effect as those who only consume caffeine occasionally. Effects could also diminish with age.

5. The Claim: Caffeine Can Reduce Under-Eye Bags and Dark Circles

The Facts: Caffeinated eye creams can perk up eyes, but the results are usually short-lived. This means that if you’re using a caffeine-infused eye treatment, you may have to use it every day to get the results you want. “Caffeine is soothing, anti-inflammatory and vasoconstrictive, which can decrease redness and puffiness,” explains certified clinical and research dermatologist Dr. Jeannette Graf. By narrowing blood vessels and calming skin, caffeine can temporarily reduce under-eye bags.

Caffeine can also wake up tired eyes by reducing the appearance of dark circles, informs Dr. Mariwalla. “Caffeine helps the microcirculation of blood in the skin, which is why it also helps decrease brown discoloration underneath the eyes, but only over the short term,” she says.

Eye creams can come in handy, but are tea bags just as effective in calming under-eye puffiness? The answer is yes, but not entirely because of their caffeine content. “This is mainly because of the tannins found in tea, and, again, the effect is short term,” says Dr. Mariwalla. Tannins are known to tighten skin and reduce inflammation. Just remember to let the tea bags cool first or this DIY solution is anything but soothing.

READERS—What do you think of this article? Did it help you in any way? Do you have additional questions? Leave us a comment below—plus, scroll down to see our top products with caffeine!

A writer, editor and self-confessed beauty junkie, Jillian worked as managing editor of Beauty Launchpad magazine and is currently a featured contributor for NAILPRO and Nail It! When she’s not investigating the latest cosmetic trends, Jillian is busy planning her next travel adventure, perfecting her wine tasting skills or forcing her husband and two cats to indulge her in an ‘80s movie marathon. Her go-to beauty secret? Stress less. Laugh more.

9 Ways to Feel a Little Bit Better by 9AM

Tea vs. Coffee: How Your Drink Affects Your Skin Health

How to Use Coconut Oil for Better Skin and Hair

What Dermatologists Want You to Know About Psoriasis

Forget Face Gyms—This Is How You Tone and Tighten…

Can a Virtual Consultation Help You Get Better Skin…

How to Layer Serums and Oils the Right Way