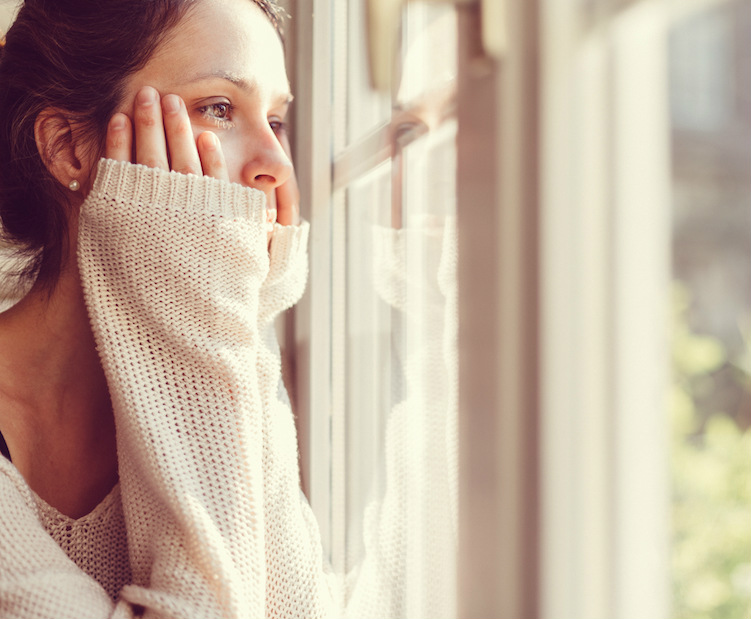 I only get my nails done about once a year because I don’t like paying for something I’m going to ruin—by picking at the skin around my nails until it bleeds—in a few days, anyway. My cuts, scrapes and bug bites take twice as long to heal because I can’t resist the urge to pick the scabs off. If I show up to work with lipstick on, it’ll be gone by lunch because I pulled off a layer of skin on my lips (and the color, along with it).

My experiences are not unique. And while these may be mild examples, they’re characteristic of a relatively unknown condition called excoriation disorder—also known as “skin picking disorder.” Defined by licensed psychologist Marla W. Deibler, PsyD, MSCP as “a psychiatric disorder which involves the repetitive picking of one’s own skin,” it’s as much a dermatological concern as it is a psychological one.

With the help of Dr. Deibler, who is also the Executive Director of The Center for Emotional Health of Greater Philadelphia, and dermatologist Dr. Bobby Buka, we’re digging into the relationship between the mind and the skin.

1. What is excoriation “skin picking” disorder?

“Excoriation belongs to a collection of behaviors known as Body-Focused Repetitive Behaviors (BFRBs),” says Dr. Deibler. This collection includes “self-grooming behaviors in which individuals pull, pick, scrape or bite their own hair, skin or nails, resulting in damage to the body, including trichotillomania and onychophagia.”

Also known as compulsive skin picking, the disorder is officially classified among the “Obsessive-Compulsive and Related Disorders” in the Diagnostic and Statistical Manual of Mental Disorders, Fifth Edition (DSM-5), says Dr. Deibler.

Dr. Deibler tells us that the DSM-5 diagnostic criteria includes:

In order to be classified as excoriation disorder, skin picking behavior must far exceed that of “normal” grooming. “Grooming behavior may thus be conceptualized as occurring on a continuum,” says Dr. Deibler, “with normal washing and exfoliating on one end of the continuum, extending to picking, scraping or gouging that results in scarring or disfigurement on the other end.”

3. Who is most likely to develop this type of disorder?

“Excoriation disorder is not uncommon,” Dr. Deibler tells us. “Studies suggest that pathological skin picking affects 1.4 percent to 5.4 percent of the U.S. adult population, 75 percent of whom are female.” Most often, skin picking begins during adolescence—between the ages of 11 and 15 years old. One theory suggests that skin picking tends to start around the time acne emerges.

She also notes that it’s fairly common for anxiety and/or obsessive-compulsive disorder (OCD) to be an underlying factor in skin picking—though, it’s not the case for everyone. “Many different thoughts, feelings or sensations and other internal experiences can lead to a skin picking response.” Skin picking, anxiety and OCD are sometimes present together because the conditions share some commonalities and, as Dr. Deibler notes, likely some similar genetic underpinning as well.

Generalized Anxiety Disorder (GAD) “is another disorder involving intrusive, uncontrollable worry about a variety of aspects of one’s life that has a negative impact on their daily functioning,” Dr. Deibler explains.

“OCD is another disorder that involves intrusive thoughts, images or impulses (obsessions) that cause significant distress and behaviors (observable actions or mental actions; compulsions) that are carried out in attempts to reduce the person’s distress and minimize the perceived feared outcome.”

4. What are some of the physical complications of compulsive skin picking (scarring, infection, etc.)?

“For those [who] compulsively pick their skin, it’s incredibly common to get scars, scabs and infections,” says Dr. Buka. This is because skin picking disorder involves creating or worsening wounds on the skin, inviting bacteria into your body. Scars and scabs are also more likely because your skin has to work overtime to repair itself after being picked at.

Dr. Buka notes another possible complication, which involves a growth on your skin. “If you pick an area long enough, your skin may start to form a nodule as a defense mechanism,” he says. “This skin thickening—called hyperkeratosis—is the skin’s way of protecting itself, much like a foot that forms callouses after repeated friction or pressure.”

“If someone has lots of scabbing and not much itchiness or acne, that’s an indication that a skin picking disorder may be the culprit,” says Dr. Buka. “And those heaped-up skin nodules are another tell-tale sign.”

5. What are some of the most effective treatment options?

The TLC Foundation for Body-Focused Repetitive Behaviors outlines more than 10 behavioral, medication-based and combination treatment options for skin picking and related disorders. Here are a few of the most widely used and accepted treatments.

Widely used throughout the psychiatric community, CBT is often the treatment option of choice for skin picking disorder. CBT involves identifying problematic thoughts, feelings and behaviors and training oneself on how to change these for the better.

A class of antidepressants, SSRIs tend to have fewer side effects than other drugs and are FDA-approved to treat a variety of conditions. Dr. Buka notes that “when there’s a habit of picking and not much itchiness or acne, it may make sense to consider an SSRI to help with that behavior modification.”

To date, there’s not enough evidence so far to suggest that medication alone is effective in treating skin picking disorder. However, for those whose skin picking stems from anxiety, depression or OCD, SSRIs can be very effective.

Developed in the 1970s, HRT involves a multi-step approach to skin picking. You’ll identify when you’re most likely to pick—and then train yourself to substitute a healthier behavior when you feel the urge to pick your skin. HRT also relies on social support—of friends and family members—to help you stay on track.

Dr. Buka also notes that he sometimes recommends a comedone extractor to his patients, which is used to “apply even, circumferential pressure and avoid the risk of inadvertently pushing bacteria back into the dermis with your fingers.” For those who can’t resist the urge to pick at their acne, the tool helps them do it in the most hygienic way.

6. What should you do if you think you may have skin picking disorder?

If your skin picking habits are disrupting your life or causing you emotional distress, you may want to seek help from a professional. The OCD Center of Los Angeles offers an unofficial online test (i.e. not meant to diagnose or treat you) to give you a better idea of your risk of compulsive skin picking. Questions include how often you pick, when you pick and whether you feel embarrassed or upset about your skin. Below is a resource to help you find the right provider in your area.

10 Face Serums That Will Banish Fine Lines and Wrinkles

How to Get Rid of Milia Under Eyes

The Different Types of Retinoids and How They…

We Talked to Dr. David Colbert—Here Are 5 Things We…

How I Finally Cleared Up My Adult Acne, With a…