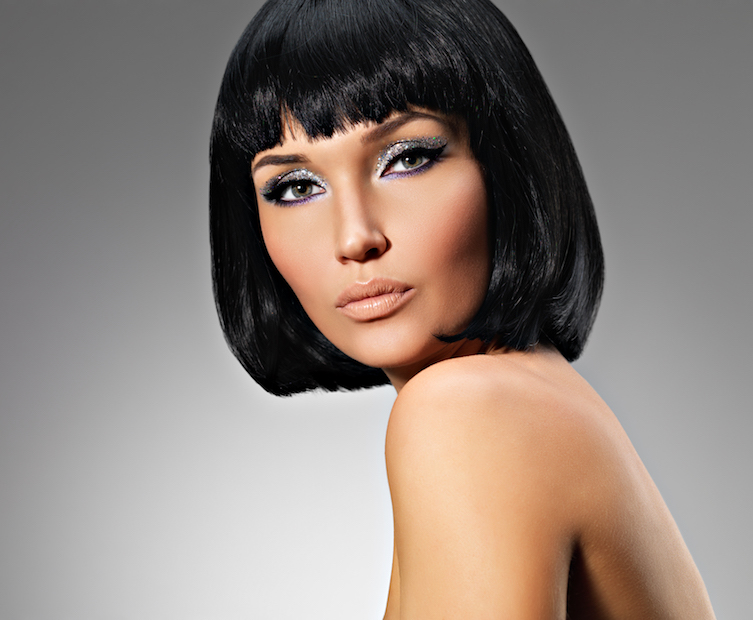 Besides the shade name and the fact that you can’t leave home without it, how much do you really know about your go-to lipstick? There’s more to makeup than what is in your cosmetics bag (or in the depths of your purse, or all over your bathroom counter—hey, it happens).

Dive into the history of makeup and you’ll learn that the Egyptians’ eye makeup had a secret advantage, that there were laws against wearing makeup and that until relatively recently, women mixed their own makeup formulas. Fast-forward a few decades and find out which makeup trends women are most interested in trying now. Here are the coolest facts about makeup.

1. Makeup dates back thousands (and thousands) of years.

“The first use of face paint for adornment or skin protection was around 33,000 BC,” says Gabriela Hernandez, founder of Besame Cosmetics and author of Classic Beauty: The History of Makeup. Mineral oxides, ochre powders and lampblack (black soot gathered from the smoke of carbon materials) were the earliest known pigments used as makeup.

2. Cleopatra’s eye makeup may have served a special purpose.

Chances are when you think of Cleopatra, you imagine her with heavy eye makeup. That’s because kohl eyeliner and thick eyeshadow powders (in green and black) were popular in Egypt. But research has found that it may have been useful for more than just accentuating the eyes. The chemical compound of this makeup actually had antibacterial properties and could help protect against eye infections.

3.  In Roman times, socialites had their own team of makeup artists.

And you thought your beauty routine was high maintenance. There were titles for each role: an unctor dabbed the mistress with perfume oil, an ancilla held up the mirror while the cosmeta applied makeup and the ciniflo curled her hair. Think of it as an early glam squad in the history of makeup.

4. Wearing makeup was once against the law.

Part ways with your favorite lipstick or forever hold your peace? In the Victorian era, this really happened. “Makeup was thought to be used only by courtesans and actors, who were not considered virtuous in character by Victorians,” explains Hernandez. So lawmakers limited the use of cosmetics by women, the dubious reasoning behind it being that makeup “duped” men into marriage.

Since cosmetics were outlawed, women had to get creative—so they made their own makeup using recipes from friends, family and even women’s magazines. “They relied on homemade preparations to darken the brows and lashes and add a bit of tint to the cheeks,” says Hernandez. “Boiled chestnuts, walnut shells and lampblack were used to darken brows and lashes, while beets and alkanet root were used for coloring the cheeks and lips.” Think of it as the original no-makeup makeup trend.

6. Makeup was, quite literally, out of this world.

Space shuttles were tricked out with personal hygiene kits—stocked with toothpaste, razors, a comb and deodorant—beginning in the 1960s. Once women were permitted in the shuttle astronaut corps, NASA began including makeup kits with eyeliner, mascara, lip gloss and even makeup remover.

7. Beauty trends come and go—and then come back again.

The ’90s were all about making a statement with beauty. From grunge to glitter, everything was over the top. And now, some 20 years later, we’re seeing the same trends come full circle—specifically, glitter and lots of colors (baby-blue eyeshadow, anyone?). In a recent survey from product review site Influenster, false lashes, unicorn-inspired makeup and rainbow highlighter were the top three makeup trends consumers wanted to try in the near future.

Specifically, people are all about highlighter palettes, according to data from Influenster. In the beginning of 2017, they were the makeup products that experienced biggest surges in reviews, an indicator of popularity. Our virtual shelves are stocked with powder, cream and liquid highlighters for luminous, glowing skin. You can now accentuate your best features with light-reflecting formulas in all sorts of gorgeous colors—from rose gold to rainbow. And, of course, baby blue. Welcome back, everyone’s favorite ’90s hue.

Deanna Pai is a freelance beauty writer in New York, NY. She's written for Cosmopolitan, Vogue, Glamour, Women's Health and Refinery29 (among others). You can learn more about her work and follow her on Twitter for lame jokes.

How to Make Your Lipstick Last All Day

How to Clean Your Makeup Brushes: A Step by Step Guide

How to Layer Serums and Oils the Right Way

How to Treat an Infected Pimple

What Papaya Has Done To My Adult Acne

Everything You Need to Know About Lactic Acid and Your Skin