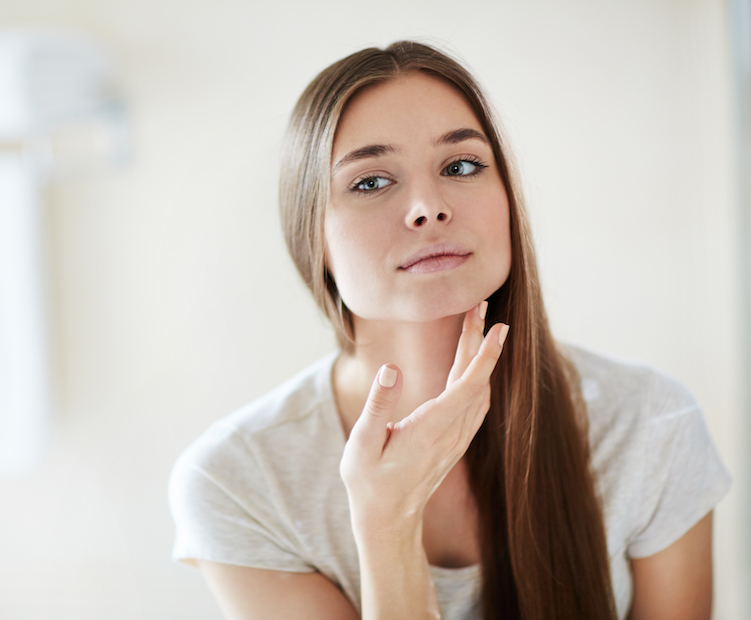 Today, our skin care routines consist of moisturizers, cleansers, serums, oils, toners, masks, sunscreens, professional treatments and then some. Take things back a few decades, though, and you’d be looking at a much simpler routine with far fewer products. It’s thanks to scientific discoveries and technological advances that we now have the tools and resources to treat, prevent and reverse all types of skin concerns. To understand how and when this happened, we dug into the recent history of skin care, focusing on some of the key innovations of the 20th century.

Though the inventor of sunscreen is a topic of debate, a 2001 study on the history of sunscreen discusses the harmful effects of the sun on our skin and how a man named Eugene Schueller changed the way we protect our skin. Known as the founder of L’Oreal, Schueller created a lotion called Ambre Solaire, containing benzyl salicylate as an ultra-violet-ray absorber.

After the FDA approved the 1906 Pure Food and Drug Act (the first to eliminate toxic materials from cosmetic products), women were still not at ease with the measures being taken to ensure their safety. Mentioned in Dying to Be Beautiful: The Fight for Safe Cosmetics, author Gwen Kay adds, “A simple mascara product caused some women to lose movement, sight, or even life, [so] how could they know which products were safe?”

Women were literally risking their lives in the 1930s for the sake of beauty. The mascara product Kay references was an eyelash-darkening treatment called Lash Lure, whose main ingredient was paraphenylenediamine, a toxic coal tar dye. Sadly, one woman in 1993 died from using this product.

That incident—along with a number of other injuries caused by various makeup and skin care products—led to the long-awaited revision of the Food, Drug and Cosmetic Act in 1938. Cosmetic activists fought over two decades to finally end “old industries exploiting loopholes in the creation of their cosmetics.”

History credits Theodore H. Maiman as the creator of the first laser for skin conditions. His invention used rubies as a lasing medium that was stimulated by high-energy flashes of intense light. More than ten lasers were invented in the sixties that were built for concerns such as skin rejuvenation, unwanted hair, acne scars, pigmented lesions and varicose veins. These lasers have been updated, re-created and joined by countless others to perform some of the most effective skin procedures offered today.

Related: Dermatologist Answers: Which Laser Treatment Is Right for Me?

A multitude of doctors, surgeons and dermatologists had studied the effects of skin peeling since the early 1900s, but it wasn’t until the 1970s that a chemical peel proved to be a successful skin resurfacing treatment that doctors were now able to perform in a safe environment. At the time, peels contained phenol (a carbonic acid) and trichloroacetic acid (TCA), reducing the appearance of scars, while improving skin’s texture and overall appearance. Though neither of these ingredients is used much today—they’ve been replaced by gentler exfoliants like glycolic and lactic acids—chemical peels are as popular as ever. Best of all? You can now find gentle and effective chemical peels for at-home skin resurfacing.

Dr. Howard Murad was the first doctor to create his own brand of clinical skin care products and discovered The Cellular Water Principle®, a comprehensive theory of aging and health that looks to inter-cellular water as the key to youthful health and vitality. Dr. Murad felt his patients weren’t receiving necessary help through “established treatment protocols” and was inspired to use his background in pharmacology to construct his own acne-fighting formulas. He paved the way for even more dermatologists and cosmetic surgeons creating their own product lines or signature treatments. Many other dermatologist-founded brands—like Dr. Brandt, Dr. Dennis Gross and SkinMedica—followed suit in the years to come.

Researchers had been studying alpha hydroxy acids since the late seventies, but AHAs were finally recognized in the mid-nineties by the cosmetic industry for their anti-aging ability to decrease fine lines and wrinkles, minimize dark spots and rejuvenate our top layer of skin. The most used AHAs are glycolic acid and lactic acid, and they were soon added to the facial peel spectrum, replacing some of the harsher ingredients first used in chemical peels.

Related: The Difference Between AHAs and BHAs for Skin

After making its way through Europe during the eighties, microdermabrasion was introduced in the United States. According to experts, rejuvenation with microdermabrasion is based on the principles of wound healing: by wounding and removing superficial skin layers with diamond-tipped pads or a constant flow of crystals, cell renewal is stimulated with regeneration of a healthier epidermis and dermis. (Not as painful as it sounds. We promise.) It’s been compared to kitten licks and sandpaper and is considered to be one of the most commonly performed aesthetic procedures in the country today. Like lasers and chemical peels, microdermabrasion devices have made their way into consumers’ homes as well.

Related: The Right Way to Perform Microdermabrasion on Your Body

Megan Kiger is a writer, a worrier and an infamous sleeper. She is happiest in the fall with an abundance of sweatshirts, tacos and rom-coms on repeat. You will catch her often at the gym or in deep overanalyzing thought. If she could offer any words to live by: never stop learning.

A Brief History of Makeup: From Egyptians to Unicorns

Why Just About Everybody Should Be Using Retinol

LED Light: Good Enough For NASA, Great For Your…

Hair Tutorial: How to Wake Up With Perfect Beach Waves

How to Get Perfectly Straight Hair at Home: 6 Pro Tips