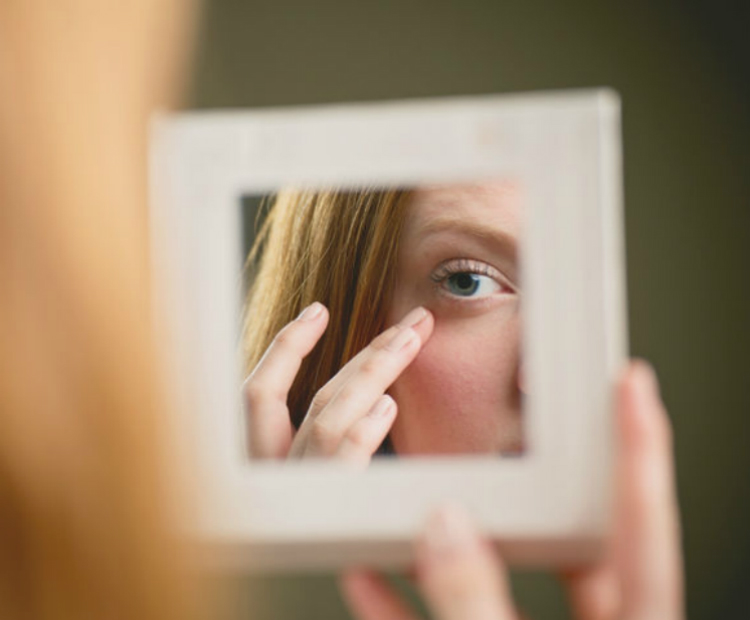 Although you may feel dead on your feet in the later months of pregnancy, looking dead tired because of sudden dark circles under your eyes was probably not on your agenda. It turns out, many underlying factors can contribute to dark circles, and sleepless nights is just one of them.

Sudden dark circles can plague all women with altered hormone levels, not just the expecting moms. About 10 to 25 percent of women who take oral contraceptives, for example, suffer from dark spots on the space, which may also be near the eye area. Hormones play a major role in skin’s aging, moisture retention, collagen development and thickness, so it should come as no surprise that they can affect the color of your skin, too. Estrogen, progestin and even the placenta’s by-products may be the culprits here.

Dark circles can also be a warning sign to go in for a checkup. A relationship between those dark circles under the eyes after pregnancy and thyroid disorders is possible. Roughly 70 percent of women with under-eye circles from pregnancy or oral contraceptive use show signs of thyroid problems. Some side effects include fluid retention or lymph malabsorption, which can dilate the blood vessels under the skin around your eyes, resulting in the appearance of dark circles and puffiness.

If dark under-eye circles can’t be attributed to hormone changes or your own medical history, you may simply be too tired or stressed, or may need your iron levels checked. Personal habits and other health problems can affect your skin cells, too. About 40 percent of people who suffer from dark under-eye circles also suffer from lack of adequate sleep, while 50 percent suffer from anemia and 71 percent have high stress. Contrary to popular belief, it’s not actual fatigue that causes racoon eyes, but rather the act of lying down horizontally. With your head down, gravity causes fluid to collect under the eyes, which creates swelling and the appearance of dark shadows beneath them. To reduce your chances of experiencing under-eye puffiness and circles, try propping your head up with an extra pillow while you sleep.

Dark Circles: What Really Causes Them and How to Deal

The Top Ingredients You Need to Get Rid of Hyperpigmentation

Here’s What Happened When I Stopped Drinking…

Hydroxy Acids: What They Do and Which Ones Are Right for You

What Is the Purpose of Eyebrows? We Asked an Expert