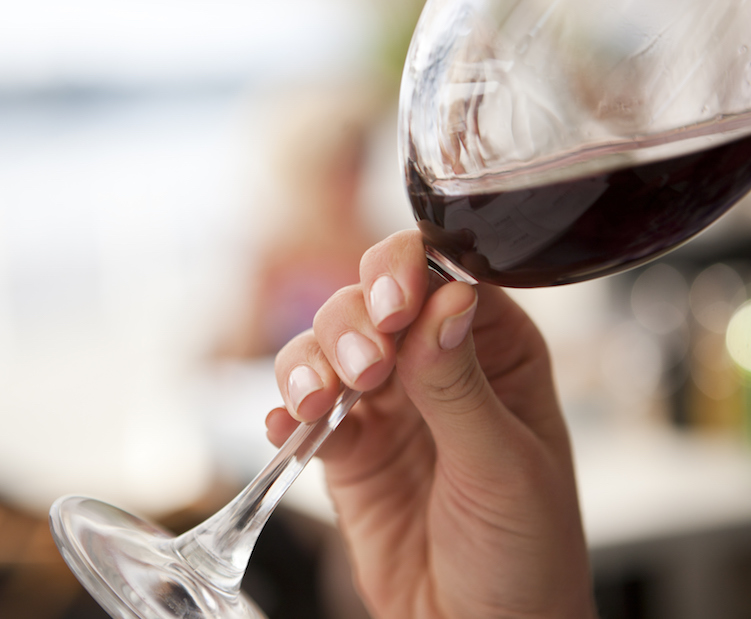 “Do you drink every day?”
“Why would you do that to yourself?”
“What are you expecting to get out of this?”

These are the questions my friends, family and coworkers asked after hearing about my “experiment.” I was going without alcohol for 30 days, in an effort to see, firsthand, the relationship between alcohol and your skin health. Specifically, I wanted to know: would abstaining from alcohol for a month improve my skin?

Setting Up the Experiment

While I wasn’t trying to improve any specific concern or expecting drastic results, I figured not drinking couldn’t hurt. Starting in mid-August, I committed to no alcohol for 30 days. One Sunday night, I toasted with my last drink for the next month—a Ballast Point Watermelon Dorado.

To avoid bias, I didn’t consciously change any other aspects of my routine during this month. I kept my sleeping habits, diet, water consumption, coffee consumption and skin care routine the same. That way, I could directly attribute any changes to the lack of alcohol.

Before & After: No Alcohol for 30 Days

Full disclosure: I can’t see much of a difference between the two photos. I even considered scrapping the article altogether and pretending it never happened. Laughing at the fact that I accidentally wore the same dress on both days, I started showing the photos to a couple of coworkers, friends and my parents.

Though subtle, the differences are there. Zoomed in, I could see that the dark circles under my eyes did look a little less pronounced. The crow’s feet I didn’t realize I had look slightly less obvious. And my skin does seem to have a bit of a glow to it in the second picture. 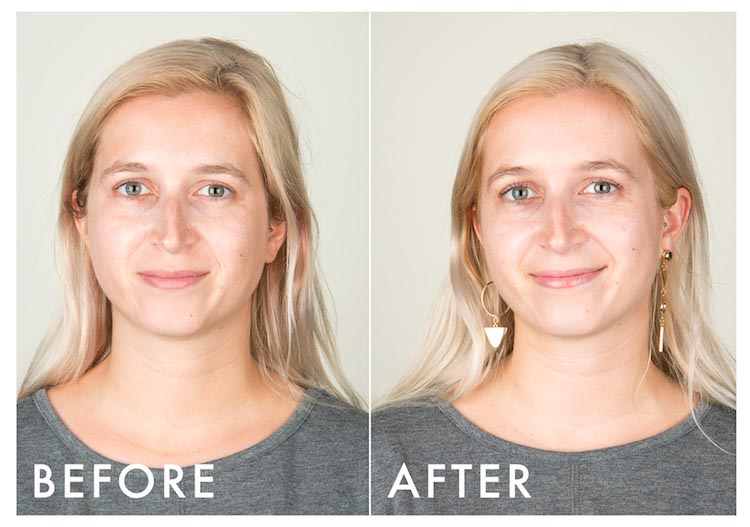 What I Learned During My Alcohol-Free Month

I didn’t expect anything crazy dramatic, so I wasn’t super disappointed with the results. And, while the pictures don’t really speak for themselves, I feel like I learned a bit about myself and how my body responds to alcohol.

1. I found out how much self-control I actually have in social situations.

Saying “no” to a glass of wine after work was no big deal, but when everyone around me was having a drink, it wasn’t always easy to resist—especially when the drinks were free (which happened on quite a few occasions this summer).

To put things in perspective, here are the various social events (during which I’d normally have a drink or two) that fell during these 30 days:

I got really annoyed with myself for how many times I said, “I’m not drinking right now.” And it was hard to miss out on a couple of events because I didn’t want to be the only one not participating. But the world kept turning, so I guess it all worked out.

I don’t really know how much I spend on alcohol in an average month. A bottle of wine here and there, a couple of beers while out to dinner with friends, a margarita on a special occasion. Regardless of the amount, I must have saved at least some money by not buying any alcohol, so let’s call it a win.

I’ll admit; I don’t own a scale, so this one’s a bit of a stretch. I kept getting asked if my clothes were fitting differently or if I noticed any changes in my weight or appearance, but I can’t say that I did. Drinking alcohol means consuming a bunch of empty calories, so it would make sense that you’d see some positive weight changes by cutting out the excess. However, instead of craving a glass of wine after a stressful day, I found myself looking for a new vice. I craved chocolate and ice cream more often than before, so I may have just been canceling out the calories with more frequent desserts.

4. I may have slept better throughout the month.

I know that alcohol can affect the quality of sleep you get during the night, and drinking at night can also mean staying up later than you would have without alcohol. However, I can’t say that I noticed a huge difference overall. I’ve never been a morning person, so I wasn’t suddenly waking up with a new pep in my step. But I did find myself going to bed a little earlier than normal, so I was likely getting more sleep each night, at least.

Was I slightly underwhelmed by this experiment? Yes. Do I feel like my body appreciated the break? Yes. Would I do it again? Maybe—but with less pressure on myself. I don’t drink heavily to begin with, and when I do consume alcohol, I tend to stick with red wine (which has some great health benefits from antioxidants and resveratrol). I’ll just continue to drink in moderation.

However, I think a few other factors likely impacted the results:

Check out which products I used throughout this experiment below, and feel free to share your thoughts and experiences in the comments section.

Could White Wine Be Turning Your Skin Red?

Why Do I Get Swollen Eyes in the Morning? 6 Causes…

The Pros and Cons of Microneedling at Home

7 Best Hair Colors and Trends to Try This Fall

What Is Dry Brushing and How to Do It Right

How to Get Perfectly Straight Hair at Home: 6 Pro Tips