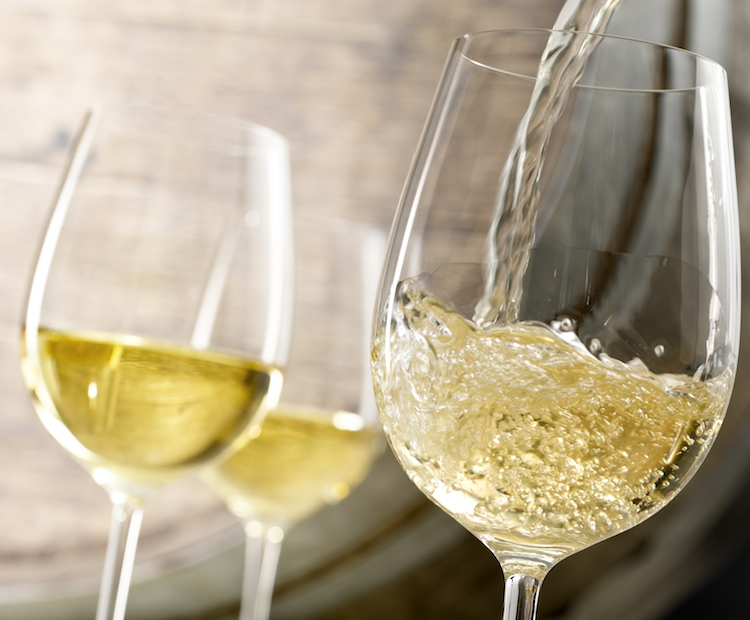 Lots of us have experienced a bit of flushing or a red “glow” after drinking a glass or two of wine (myself, included). Thankfully, this redness is only temporary and tends to go away within a few hours. However, for some wine drinkers, the redness could be an indication of something a little different.

A recent study links alcohol consumption to an increased risk of rosacea—an inflammatory skin condition with symptoms ranging from mild flushing to acne-like breakouts and swelling. The study, which was published by the Journal of the American Academy of Dermatology, might mean bad news for white wine drinkers (liquor, too—but we’ll get to that).

The fairer shade of wine tends to take a lot of heat from wine drinkers, who hail the taste profiles and health benefits of red over white. While taste is completely subjective, this study shows that white wine might be just as good for your heart as its darker counterpart.

I took a dive into the findings, and it looks like white wine is, once again, on blast. Until this point, a study suggested that red wine was the biggest food trigger for rosacea, but new evidence suggests that your Sauv Blanc is more likely to do you wrong than your Cab.

An Overview of the Study and Its Findings

According to the study, which tracked 82,737 women from 1991–2005, “Alcohol intake was significantly associated with an increased risk of rosacea in women.” More specifically, increased consumption of white wine (followed closely by liquor) is linked to an increased risk of rosacea. The study also noted that results were dose dependent—meaning the more alcohol consumed, the higher the correlation. In contrast, participants who consumed red wine, beer or no alcohol at all during the study were less likely to show a trend.

Rosacea is still not a completely understood condition. There are ways to manage the symptoms and prevent flare-ups, but its causes and potential treatment options are still relatively unknown. Many people with rosacea are able to identify certain triggers and avoid them in order to prevent flare-ups. And alcohol is, indeed, one of the most common triggers—according to Dermstore’s Medical Director Dr. Ashley Magovern. However, what we know about triggers is only in relation to flare-ups—not necessarily new cases of rosacea.

The study, which was part of a larger health study called The Nurses’ Health Study II, concluded that there is a significant difference in the correlation between alcohol triggering a flare-up and potentially causing the development of rosacea altogether. In their results, study authors Suyun Li, BA; Eunyoung Cho, ScD; Aaron M. Drucker, MD; Abrar A. Qureshi, MD, MPH; and Wen-Qing Li, PhD explained the difference:

“[A]mong the individual types of alcoholic beverages, only white wine and liquor were significantly associated with the risk of rosacea. It is therefore likely that developing rosacea and the phenomenon of flushing with red wine intake leading to rosacea exacerbation are distinct.” In other words, red wine might give you that glow I talked about earlier, but it’s not likely to increase your risk of rosacea like white wine.

This distinction may be largely to do with white wine and liquor containing high concentrations of alcohol—but no anti-inflammatory components—so these types are more likely to cause inflammation. And since rosacea is an inflammatory skin condition, it makes sense why this would be true.

So, while white wine is not necessarily going to give you rosacea (and I’m not telling you to give it up), it’s definitely an interesting discovery. What do you think of the findings? Have you had a similar experience with alcohol and rosacea? Share your thoughts in the comments below.

How to Treat Red, Sensitive and Rosacea-Prone Skin

How the Face-Oil Cleansing Method Works

The Best Moisturizers to Nourish and Restore Dry Skin

Take a Moment of Self Care with These Six Body Care…

How Jacey Duprie (of Damsel in Dior) Gets Her Best Skin

The Bold and the Beautiful: 7 Inspiring Stories…