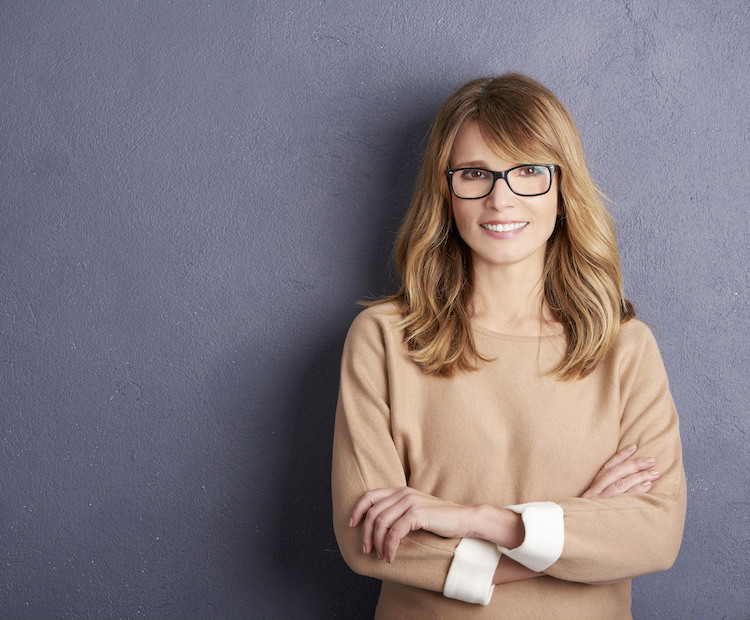 Noticing changes in your skin, like suddenly appearing white spots, may be worrying. And, while the Internet might offer a firm and ominous diagnosis, loss of skin pigmentation has a wide variety of causes, mostly benign and unknown. Loss of skin pigment ranges from patchy and passing to solid and permanent. We’re talking about more than a fading tan, and David Lortscher, Board-certified dermatologist and CEO of Curology, is a true source of knowledge on the subject. Use his insight below as a reference to help you consult your dermatologist for final diagnosis and treatment.

An injury to the skin, from simply picking a blemish or a significant burn, may cause enough damage to form a white scar (hypopigment). “If the damage is enough to partially, or completely, destroy melanocytes (pigment-producing cells) in the area, a scar with decreased pigmentation may result,” says Lortscher. To prevent further injury, fight the urge to touch your wounds and let them heal.

Best Treatment Option: There are several topical prescriptions that possibly help with re-pigmentation of white scars, but Dr. Lortscher does not expect them to have highly noticeable improvement. Care for wounds during the healing process with a scar treatment or oil to help repair the skin, conceal with a tailored product or aim to lighten your overall skin tone to decrease contrast.

Some skin conditions resulting in pigment loss don’t have a known cause. “Vitiligo is a pigmentation disorder affecting 0.5–1% of the population, in which melanocytes (the cells that make pigment) in the skin are destroyed by the body’s immune cells,” says Lortscher. “As a result, white patches appear on the skin in different parts of the body. Most people are otherwise healthy, although there is for some patients a greater risk of autoimmune diseases, including thyroid disease and diabetes.”

Best Treatment Option: Unfortunately, treatments to date have not had predictable results because, as Lortscher explains, “the chance of re-pigmentation is greatest for newer patches, and for vitiligo on the face and body; however, hands, feet and areas with white hair respond poorly.” Current treatments range from topical creams, light therapy, oral steroids and antibiotics, and even surgical skin grafts, but all come with serious risk and side effects.

Pityriasis alba is a common skin condition affecting mainly children and young adults and is thought to be related to eczema. With this condition, “round or oval, slightly scaly pink patches appear, leaving pale marks when the redness has faded,” says Lortscher. “Pityriasis alba patches are more apparent in summer, especially in darker skin, because they don’t tan as well as the surrounding skin.”

Best Treatment Option: Pityriasis alba is one of the few hypopigmentation conditions with only temporary pigment loss. “A moisturizer will improve any flakiness; a topical 1% hydrocortisone ointment may be used for a limited time for redness or itching, but should not be continued long-term. However, treatment will not change the lighter pigment—this will gradually improve over months as the skin renews itself,” says Lortscher.

Ever notice what appear to be white freckles on your arms and legs? “Idiopathic guttate hypomelanosis (IGH) is a common harmless disorder of adults characterized by small, well-defined, round, white, flat spots on the sun-exposed areas of the legs and forearms. The patches are usually asymptomatic and can resemble vitiligo,” explains Lortscher. Interestingly, women are more likely to have IGH, but it’s another condition in which the cause is unknown. Contributing factors may include genetics, sun exposure, trauma and autoimmunity.

Best Treatment Option: “Treatment is not necessary but is sometimes requested by patients. Although multiple methods have been tried, including superficial dermabrasion, cryotherapy (freezing), topical retinoids and topical pimecrolimus or tacrolimus, results have been variable,” says Lortscher. Even though IGH hasn’t been proven to be caused by sun exposure, it is always beneficial to apply daily sunscreen for prevention of many skin conditions.

Everyone has a small amount of fungus living on their skin. Unfortunately for some, it overgrows in times of increased moisture, like humidity or sweating. “Tinea versicolor causes flaky discolored patches on the chest and back, neck and/or arms, but is uncommon on other parts of the body,” says Lortscher. The color is not necessarily white or pale, it can also present as coppery-brown or pink.

Best Treatment Option: “Anti-fungal products containing active ingredients such as selenium sulfide, ketoconazole or pyrithione zinc will usually keep tinea versicolor under control,” says Lortscher. “Susceptible people tend to get recurrences, so maintenance therapy once or twice a month, especially during warm and humid periods, is typically smart. At times, in resistant cases, an oral anti-fungal pill may be prescribed for a short time period.”

Irregular moles trigger cause for concern, but in the case of a halo mole it’s most often benign. “A halo mole (or halo nevus) is a mole with a white ring, or halo, around it, and is usually seen in children or young adults,” says Lortscher. “For unknown reasons, the body’s immune system attacks the pigment cells in the mole. Some of the reaction affects the normal skin around the mole, which also has pigment cells in it, causing the white halo.”

Best Treatment Option: Because moles can be problematic, anyone with a halo mole should have a full skin examination to check for vitiligo or melanoma, since it could be a sign of a greater condition. Lortscher says, “As these are almost always completely benign, removal of a halo nevus is usually unnecessary unless the nevus itself has atypical features. It’s important in this case to see a dermatologist for an evaluation and an accurate diagnosis.”

Chanel Hays left a six-figure corporate job to start her own media and marketing company for small businesses. She's passionate about health and wellness and believes you should look as good as you feel and feel as good as you look. Chanel is a UCLA Bruin alum who calls Southern California home, but has a heavy case of wanderlust and is constantly planning her next trip. Catch her on Instagram @chanelhays.

White Spots on Your Skin? Here’s What May Be Causing Them.

How to Fade Burn Scars with Skincare Products & Tools

Why Probiotics Might Be the Secret to Calmer, Clearer Skin

Clogged Pores on Face: How It Happens, How to Clear…

What Is Glass Skin and How to Achieve It