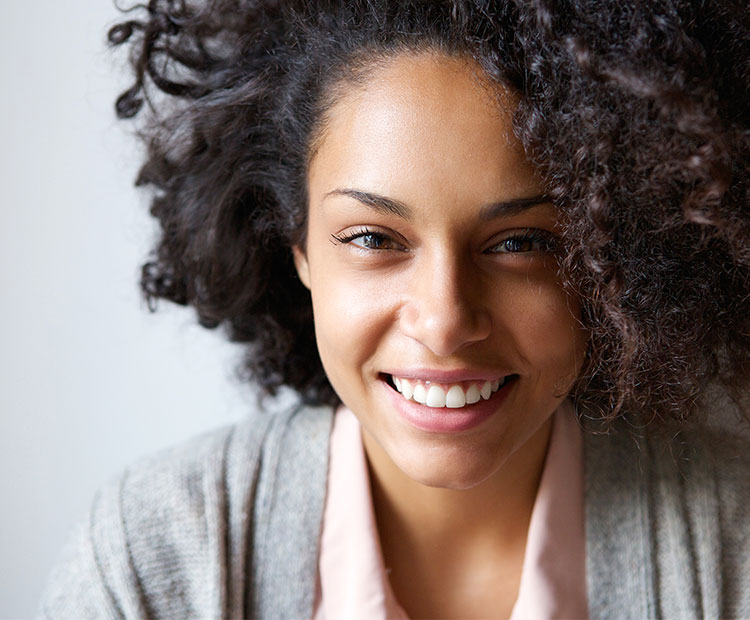 We know that dark patches, or hyperpigmentation, are commonly caused by UV damage and aging and that redness can be due to an allergic reaction, but what about those white spots dotting your face? Turns out, these white spots, or hypopigmentation, can be caused for a number of reasons, and the first step in treating them is getting to the root. Find out if any of these conditions is causing those mysterious white spots to appear on your skin.

Most moms are familiar with milia, a condition that develops when keratin gets trapped under the skin and causes white-colored cysts or bumps to form, because it’s quite common among children and newborns. However, it can actually occur at any age and may take longer to resolve in adults. Secondary milia, on the other hand, can be a result of sun damage, burns, prolonged use of steroid creams and blistering skin conditions.

Symptoms: Small, white or yellowish bumps commonly found around the eyes, cheeks, nose and forehead; also occurs on the gums and inside the mouth of infants; secondary milia can occur anywhere on the body, following other skin conditions.

How to Deal: Primary milia in infants requires no treatment as it usually resolves within a few weeks. In adults, milia can take longer to go away, so your dermatologist may suggest lancing to remove the cysts, applying topical retinoids, microdermabrasion or an acid peel.

Milky-white patches above your eyes, neck or hands may be a sign of vitiligo, an “autoimmune skin condition in which the body is triggered to recognize its own pigmented skin cells as foreign and attacks and destroys them,” says board-certified dermatologist and clinical instructor at the University of California Tsippora Shainhouse, MD, FAAD. While this condition can start at any age, the American Vitiligo Research Foundation says it often develops between the ages of 20 to 30 with the light discoloration appearing anywhere on the body.

Symptoms: Milky-white patches of varying size on the body; other less common signs are premature graying of hair (including lashes, beard or eyebrows), loss of color in the tissues inside the mouth and change in color of the retina.

How to Deal: Managing vitiligo should be done by a dermatologist, and treatment options include light therapy, topical anti-inflammatories and immunomodulating creams, according to Dr. Shainhouse. It’s also important to always wear sunscreen to prevent sunburn in the discolored patches.

If you need more reasons to never skip sunscreen, here’s another one for you: white freckles or idiopathic guttate hypomelanosis (IGH). “You cannot get this color back. The spots are permanent,” warns Dr. Shainhouse. Aside from causing brown spots, too much sun exposure also destroys the skin’s melanocytes that result in these light spots that often appear on the arms and legs.

How to Deal: “Prevention is key for IGH,” says New York-based board-certified dermatologist Janet Prystowsky of Livad Skin Care. “Wear sunscreen!” To reduce its appearance, topical steroids and dermabrasion may be used.

This mild, inflammatory condition is more common in children with eczema, but can also develop in young adults, particularly those with sensitive skin and a darker complexion. “It presents as small white patches, usually on the face, with fine scales,” says Dr. Shainhouse. While the exact causes are unknown, it often occurs with dry skin and atopic dermatitis and is more noticeable after sun exposure.

Symptoms: Starts as red, scaly patches that turn light; oval, round or irregular-shaped; usually occurs on the face (cheeks and chin) but may also arise on neck, shoulders and upper arms; dry and scaly especially in winter.

How to Deal: Pityriasis alba seldom requires serious attention as it usually resolves on its own. The best moisturizers can keep the dry appearance under control, while calcineurin inhibitors, pimecrolimus cream and tacrolimus ointment are reported to help restore the skin’s color. “If the spots are persistent or itchy, see your dermatologist for a topical prescription medication to reduce the inflammation,” adds Dr. Shainhouse.

“Tinea versicolor is the result of your skin’s natural yeast population growing out of control,” explains Dr. Prystowsky. The reasons for yeast to overgrow vary from person to person, but it’s believed to be caused by hot and humid weather, sweaty and oily skin and a weakened immune system.

Symptoms: White to pink-brown spots that form patches and can appear anywhere on the body; causes itchiness in affected area; may be dry and scaly; usually disappears during cold, dry months and returns in the spring or summer.

How to Deal: Anti-dandruff shampoos used as a body wash can kill yeast, says Dr. Shainhouse, and the skin’s color is usually restored after six to eight weeks of treatment. Applying antifungal creams, soaps and lotions with active ingredients like selenium sulfide, ketoconazole and pyrithione zinc and using a medicated cleanser during warm, humid months can also keep yeast overgrowth in check, adds Dr. Prystowsky.

With over 10 years of writing and editing experience, Janeca Racho has worked with clients in the fashion, entertainment, food, health and travel industries. An adventurer at heart, she will gladly trade her heels for a good pair of hiking shoes and skip hotels to camp under the stars. She loves horror movies, googling ingredients in her beauty products and backpacking trips with her toddler. Her newfound obsession: nude lipstick.

The Best Moisturizers for Your Skin Type

Why You Have Red, Itchy, Flaky Skin: Let Us Count the Ways

7 Things You Absolutely Need to Know About Niacinamide

4 Skin Care Ingredients That You Should Skip During the Day