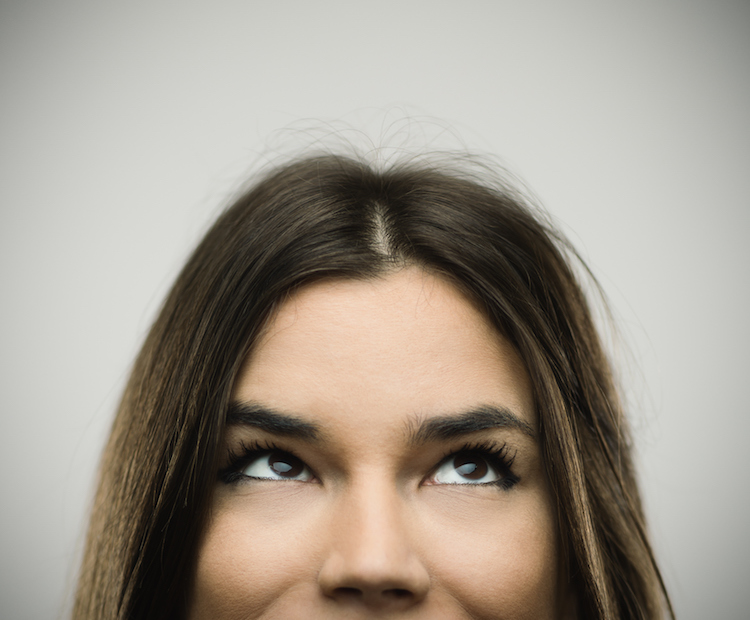 For many of us it probably took a decade—or two—until we found our perfect brow. (They are a complex feature, after all.) But have you ever imagined what your face would look like without them? Besides a glaringly obvious difference in our appearance, we’d lose a crucial element to our facial structure.

We wanted to figure out what our eyebrows are actually for and how brow beauty has changed over the years, so we caught up with certified esthetician, Gillian Cahill. She gave us some juicy insight into eyebrow evolution and how much those two little arches actually do.

The Physical Purpose of Eyebrows

Our eyebrows define our faces and our means of communication, but they also serve a much more physical and significant purpose—they protect our eyes.

“Eyebrows are my thing,” Cahill excitedly tells us. “And our eyebrows’ main function is really to prevent sweat and water from entering the eye.” The natural arch of the “original/unkept” eyebrow is to divert sweat and water. Eyebrows are there to ultimately direct moisture to the side of the face to keep our eye area dry.

“Our eyebrows also prevent dirt/debris/dust/etc. from entering the eye,” says Cahill. “But they also act as a landmark, seeing as human faces are relatively flat.” This plays a significant role in facial identity.

Similar to our fingerprints, everyone has a different eyebrow shape. So the “landmark” that is our unique eyebrows can contribute to specialized facial recognition algorithms used most commonly among law enforcement agencies, but can now even be used to unlock your new mobile device.

The Expressive Purpose of Eyebrows

Eyebrows can do a lot expressively in addition to the hard work they do in protecting our eyes and aiding in twenty-first-century technology. Cahill tells us simply that our brows’ main esthetic purpose is to aid in expression.

“An easy example would be translating a single raised eyebrow as a sign of skepticism,” she says, “but they also assist in full-blown communication as well.”

Cahill says communication with our eyebrows is especially important in the deaf community as facial expression can actually alter the meaning of a hand sign. It can also dictate the mood the person is in in relation to their signing.

The Esthetic Purpose of Eyebrows

However we choose to style our brows can do a number of things to the appearance of our faces. This includes our methods of design and maintenance. Cahill says our preferred style of brow can do as much as lift, elongate, shorten, close off, fill, soften, frame and ultimately “complete” our faces.

There are a number of ways to maintain our eyebrows, including tweezing/plucking, waxing, sugaring, laser hair removal, electrolysis, threading, shaving, depilatory creams and medications.

Cahill adds that there are also a number of ways to “design” our brows, including eyebrow extensions, microblading, tattooing (micropigmentation), tinting, pencil, pomade, powder, gel and wax.

Related Reading: 8 Daily Beauty Habits That Are Aging Your Eyes

The focus on eyebrow shapes dates all the way back to 2500 BC, says Cahill, where Egyptian men and women wore heavy makeup to define and enhance their looks. Their brows needed to be equally as prominent as their heavily lined eye.

“Fast forward to 146BC and the ancient Greeks emphasized a more natural approach,” says Cahill. “Married women had natural brows while unmarried women would touch up their brows with black incense.”

There was even a time when a unibrow was considered a desirable characteristic, as it was a sign of intelligence. However, during the Elizabethan Era, Cahill says there were only two types of eyebrows: perfectly arched, fine lines or completely removed eyebrows (yikes!).

Eyebrows of the last century transformed to pencil thin and heavily plucked in the 1920s. “The brow style has changed almost every decade,” adds Cahill. “The thirties transitioned to dark thin lines, and in the forties brows began to become thicker with a more prominent arch.”

Elizabeth Taylor was a model for pristine brows in the fifties with a strong arch and powerful coloration as well as Marilyn Monroe in the sixties.

“The seventies was the time when eyebrows returned to their natural shape and then barely plucking them at all in the eighties,” says Cahill. “The nineties was just a melting pot of everything. People started taking an individualistic approach instead of doing what everyone else was doing.”

The last seventeen years have introduced brow fillers and a more clearly defined makeup palette for eyebrows. “We’ve almost circled back to the eighties,” Cahill adds, “but with much more product to work with as eyebrows have returned to really accentuating fullness and depth.”

Megan Kiger is a writer, a worrier and an infamous sleeper. She is happiest in the fall with an abundance of sweatshirts, tacos and rom-coms on repeat. You will catch her often at the gym or in deep overanalyzing thought. If she could offer any words to live by: never stop learning.

Guide to the Different Eyebrow Shapes + How to…

A Brief History of Makeup: From Egyptians to Unicorns

8 Ways to Get Rid of Unwanted Facial Hair, Compared!

The Differences Between Hyperpigmentation and…

Get the Classic, Old-Hollywood Hair with Just One Tool

What Is My Skin Type? Here’s How to Tell and…

5 Amazing Skin Benefits of Olive Oil You May Not Know