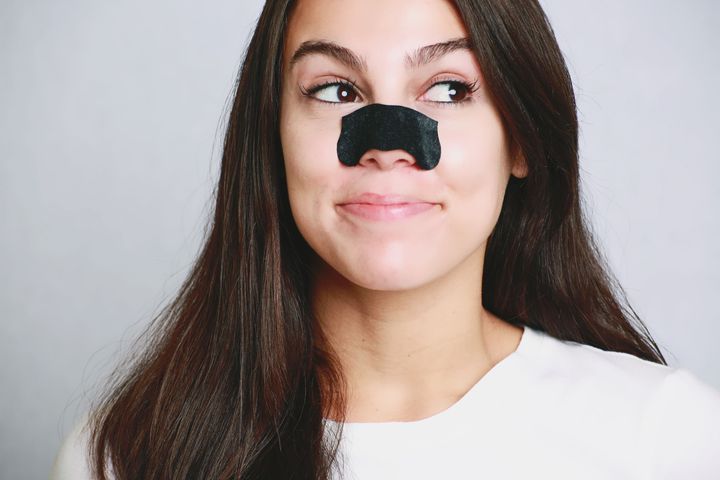 Do you feel like you’re fighting a never-ending battle against blackheads? If you’re constantly applying pore strips and spending hours in the mirror trying to clean out your pores only to see buildup reappear the next week, it’s time to let you in on a little secret: Those may not actually be blackheads, but sebaceous filament—a normal feature of the skin that everyone has. The truth is that they’re here to stay, but you can take steps to minimize their appearance and keep them in check.

Here’s everything you need to know about two of the most common skin concerns.

What Are Sebaceous Filaments?

Although cover models seem to have poreless complexions, this is an ideal only achieved through expert makeup techniques and photo editing. Your pores are constantly filled with sebum and dead skin cells. In fact, you can often see the contents of your pores as tiny dots, usually gray or flesh-colored. These are not blackheads, but rather sebaceous filaments. Sebaceous filaments are level with the skin and lighter in color than blackheads, and often appear in an evenly distributed pattern on oilier parts of the face, such as the nose and chin. You can’t get rid of them; and even if you squeeze out their contents, they’ll fill right back up in days or weeks.

Sometimes your pores go awry, and excessive sebum production and buildup of dead skin cells can cause the pores to become blocked, leading to comedones, including whiteheads and blackheads. Whiteheads are closed comedones; blackheads are open comedones. Exposure to light and air causes the plug of sebum and dead skin cells to oxidize and darken, giving them their characteristic dark color. Unlike sebaceous filaments, blackheads are normally raised and appear as individual lesions. An excess of blackheads is a sign of an acneic skin condition, contrary to sebaceous filaments, which are a normal part of skin function and appearance.

Although you can’t get rid of sebaceous filaments forever, you can minimize their appearance by keeping your pores healthy. The same steps you take to do this will also help treat and prevent blackheads. Treat your skin gently, being careful not to over cleanse or exfoliate too often, which can irritate the skin and increase inflammation and the risk of bacterial infection. Keeping the skin hydrated by using moisturizers keeps the skin moist and the pores elastic, able to expel the buildup that’s inside them.

Whatever you do, do not attempt to apply steam to “open” pores or extract blackheads or sebaceous filaments, which can lead to the spread of bacteria and make acne worse.

What Your Acne Might Be Telling You About Your Health

What Is Microdermabrasion? Plus, 6 More FAQs

How to Cover Up Acne With Makeup: A Step-by-Step Guide

Fine Lines and Wrinkles: When You Can Expect to Get Them

Could Digestive Enzymes Be the Boost Your Skin Needs?

Everything You Need to Know About Antioxidants and Your Skin

What Are Hyaluronic Acid Fillers and What They Can…

Coconut Water for Skin Care: What the Experts Have to Say